Wildlife conservation is at the core of Ol Jogi’s mission. Our aim is to protect or restore wild species and their habitats in order to prevent further extinction. Within Ol Jogi, we currently host 22 species of ungulates, 5 species of large carnivores, a multitude of small carnivores, 3 species of primates, and up to 400 avian species.

In addition to the above, we currently have more than 100 rhinos, including 64 of the eastern black sub-species and 36 of the southern white. We also have the single largest population of the critically endangered Grevy’s Zebra with approximately 16% of the world’s remaining population living on the property. Ol Jogi provides a much-needed habitat and breeding ground for many critically endangered species.

In 1970, it was estimated that there were 20,000 eastern black rhinos left in the world. By 1985, there were only about 350. Early on, Ol Jogi recognized the need to protect these species and in 1980 it became the second private rhino sanctuary in Kenya. From only a few individuals at the time, Ol Jogi’s rhino population has grown to more than 100 today.

At Ol Jogi, we currently have southern white rhino (originally brought to Kenya from South Africa in the 1960s when they were on the brink of extinction) and eastern black rhino (Diceros bicornis michaeli). This is now the most endangered black rhino sub-species with an estimated global population of just 1,000. Ol Jogi is home to 6.3% of the world’s total in situ eastern black rhino population and we work hard to prioritize their health and breeding success.

Kenya has lost up to 70% of its wildlife since 1980 due to habitat loss and fragmentation, bush-meat hunting, and illegal poaching. In 1986, Ol Jogi developed a Wildlife Rescue Center to care for wildlife that had been orphaned or injured as a direct result of human activity. In order to maintain a sustainable facility, Ol Jogi was one of the pioneers in rehabilitating and releasing wildlife orphans. We now take in wildlife orphans with the primary goal of responsibly releasing them back to their natural environment.

Many of the wildlife orphans that were brought to Ol Jogi arrived in poor health due to their circumstances. In 1995, Ol Jogi developed a state-of-the-art wildlife Veterinary Clinic in order to give the animals the best chance of survival and subsequent release. More recently, Ol Jogi, while working closely with the Kenya Wildlife Service, has partnered with veterinarians at the Smithsonian’s National Zoo and Conservation Biology Institute Global Health Program. These partnerships are supporting us in developing the capacity of our clinic to provide gold-standard veterinary care for wildlife at a regional level. 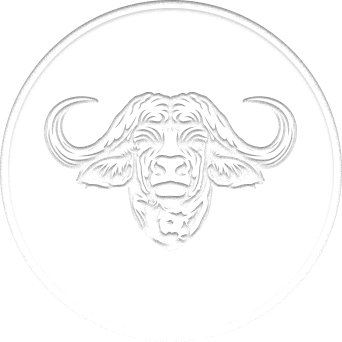